Google is currently seeking testing towns in which to invest $500 million worth of High Speed broadband technology. This means homes and businesses will have access to an Internet connection that offers speeds up to 100 times those of what you’re surfing with today. Not to mention the business and press this could potentially bring Winston-Salem.

According to Google, “In the selected locations we’ll offer internet connections up to 100 times faster than many Americans have access to today.” At over one gigabite per second, Winston-Salem home and business Internet users will find themselves on the cutting edge of one of the world’s most practical and applicable technological advancements. “We’re doing this because we want to experiment with new ways to make the web better and faster for everyone, allowing applications that would be impossible today.”

If Winston-Salem is chosen, the economic benefits to the city will go far beyond Google’s initial investment, as the broadband network will no doubt draw business interest globally from various businesses interested in tapping and learning from this exciting new technology.

How to Help Winston-Salem Win Google

Want to help bring Google to Winston? Here’s how you can help. Visit the Google nomination page, and fill out the form to help nominate our beautiful city, and help bring it to the cutting edge of technological innovation.

What is Google looking for? They’re looking not only for a city with a technological and economic climate that will suit Google’s experiment, but also one that is eager and creative to partner with Google and help their tests bear fruitful results. You’ll notice that on the application form they ask for a “web link to supporting material.” Ie. YouTube video submissions, creative websites, etc.

Want to see some of the crazy ideas cities have already come up with to attract Google’s business? If we want Winston Salem to win Google’s business, we don’t necessarily have to rename our town to Googleville (we’re talking about you Topeka), but rather, show them sustained and feasible reasons for why Winston is the best candidate for this new high speed network.

What have some other cities done to get Google’s attention?

Is Winston ready to become the Google Fibertown? We think so. Help us make it happen! Fill out the Google nomination form today!

About The Author: Alex Schenker

Alex is a Winstonite (and Salemite) and tennis enthusiast. You'll catch him hitting balls at Miller Park, grabing a cold beer at 1st Street Draft House, or chowing down on a tasty tomato pie at Mozelle's just about any day of the week. 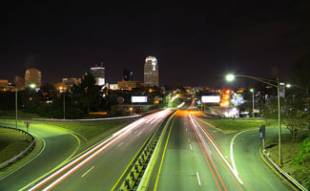 Winston-Salem Business 40 To Close For 1.5 Years Or More 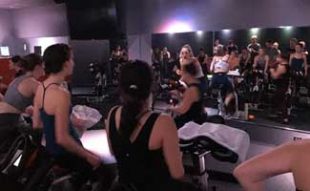 CycleBar: Should You Try This New Premium Indoor Cycling Studio?