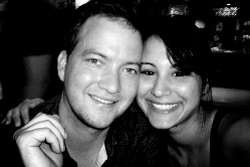 Cagney’s short films have played in festivals around the country. His most recent short film, 1. Stop 2. Jump 3. Go, won for Best Student Film at the 2011 Indie Grits Film Festival in Columbia, SC. His corporate film work for Wake Forest Baptist Medical Center has been awarded a 2013 Telly Award.

Cagney was born in Asheville and grew up in North Wilkesboro, NC. He moved to Winston-Salem in 2002 to attend Wake Forest University and graduated in 2006 with a B.A. in Communication Studies, and a Minor in Film Studies. He then went on to earn his M.F.A. in Filmmaking at the University of North Carolina-Greensboro in 2011. He and his wife, Alison live in Winston-Salem. In addition to HARVEST being Cagney’s first feature film, the couple is also expecting their first child in July of this year. 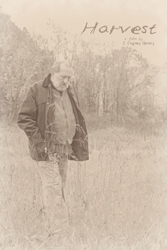 HARVEST is a feature-length film exploring a life and a lifestyle on the fringes of civilization in the Appalachian Mountains. It tells the story of Hank Colby, an aging mountain man who finds himself at a crossroads where his solitary life and routine is no longer hospitable to him. His declining health, a changing ginseng trade, and a supernatural presence all signal a world changing before his eyes. HARVEST was a Screenplay Finalist at the 2010 Ivy Film Festival in Providence, RI. If the Kickstarter goal is met, Cagney hopes to start shooting the film near the end of ginseng season in early October 2013, with an anticipated release date of Spring 2014.

“HARVEST employs a technique of slow or delayed narrative, which allows viewers to experience a world, a character, and a story in an immersive way. The film dwells in the foreign space and time of a man who feels his life changing before him. The result 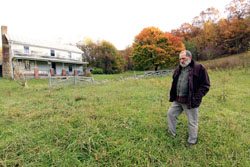 is a visceral feeling of transformation for the audience. I am interested in showing the viewer all the bits that are usually cut out for the sake of story. Our modern world is inundated with story: efficient, economic, and constant story. If we fight that trend we awaken our senses to new feelings and new sensations, which inspire true transformation. Cinema is the only medium where we can represent space and time, thereby allowing this empathetic transformation to occur. We can feel the ebbs and flows in the lonely life of a solitary mountain man,” states Cagney about the intention behind his unique filmmaking style for HARVEST.

To learn how you can participate in HARVEST via Kickstarter, visit: //www.kickstarter.com/projects/683736429/harvest-a-microbudget-feature-film. Depending on your contribution level, you can receive your name in the film credits, a DVD of the film, autographed poster, and ultimately, a guided fly fishing trip in the NC mountains and a four-course meal prepared in your home by the filmmaker and his wife, a talented pastry chef!

Kickstarter is an online funding platform (popularly referred to as “crowd-sourcing”) that allows anyone to take part in a new creative project (film, music, games, technology and more.) by contributing to the campaign. By contributing to a project via Kickstarter, contributors essentially become an investor in the project. Since it was launched 4 years ago, “over $500 million has been pledged via Kickstarter by more than 3 million people, funding more than 35,000 creative projects.” 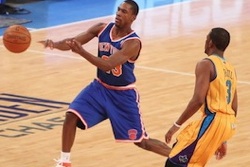