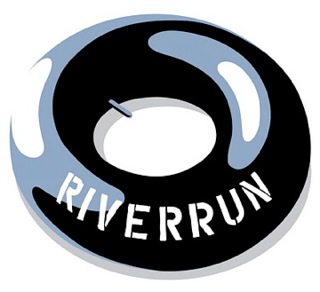 I have my RiverRun tickets… and my press pass (okay, I’ve worn it under my shirt the past two days out of sheer excitement). The two-week long RiverRun International Film Festival is held annually here in Winston-Salem, NC, and kicks off tonight.

According to their press release, RiverRun “screens a wide variety of feature-length and short films from all genres, and also presents a broad range of special events, including high-profile regional premieres of significant films, celebrity tributes, family matinees and classic retrospectives as well as a mixture of panel discussions and parties.” This year 142 movies will be screened (81 are shorts, but still, that’s a LOT). Several showings and discussion panels are FREE and there are many family-friendly (and even a dog-friendly movie – sorry, cats.) Find the schedule here.

Cheers for the Featured Winston-Salem Locals

Besides being host city to this international event, Winston-Salem has a strong presence in the Festival through directors and actors from Winston-Salem, and those who have graduated from the UNC School of the Arts and Wake Forest University (both located here in WS). There been many movies and documentaries filmed here in the city too.

See Girl Run starring Robin Tunney (The Mentalist) and Adam Scott (Parks and Recreation, Party Down) is directed by UNCSA graduate Nate Meyer and “comically illuminates the problems of letting the “what ifs” of past romances get in the way of the love that is right in front of your face. Director to be in attendance for screenings”1

Wilbert & Vern: Directed by Kenneth Price, “this sweet film highlights the unlikely life-long friendship of two men from Rural Hall, NC.  Wilbert is a blind organ player and Vern has been an organic farmer for over thirty years.  Together they have an entertaining rapport that can only be built over a full life of friendship and mutual admiration for one another.”

Queen’s Kingdom: Directed by Jacob Rosdail & Kelly McKenna “Any Winston-Salem native will know who Queen Toveia is and where you can find her.  She has been selling hot dogs in downtown Winston for more than two decades and with her unbelievably high spirits and lovely demeanor, she gives more than just physical nourishment to the customers who stop at her corner cart.  Student Film – Wake Forest University”

What Will You see at this Year’s Premiere Movie Event?

There is something for everyone at the film festival and there promises to be a few celebrities to spot as well. Buy your tickets today and get out to see a movie or five! And, don’t forget to send us your reviews for the movies you watch at this year’s RiverRun International Film Festival!

What/who are you hoping to see?