The City of Arts & Innovation shines this weekend! It’s bursting with beautiful art, fine food, blues and mambo music, dancing, a black history tour and more! As always, if you participate in any of these weekend events, or have suggestions for others, please comment below to share the Winston-Salem love. 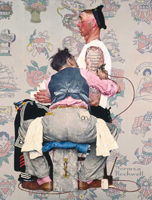 We were thrilled to get a sneak peek of this exhibit, and it is a must-see! Familiar paintings by American greats that I’ve only seen in college posters and coffee table books were thrilling to see in-person! The exhibit, from the Brooklyn Museum, showcases 53 paintings and four sculptures, featuring some of the most well-known American artists from 1910-1960. The showcase includes Georgia O’Keeffe, Stuart Davis, Marsden Hartley, Grandma Moses, Arthur Dove, Joseph Stella, Elie Nadelman, and Norman Rockwell. The exhibit runs through May 4, 2014. 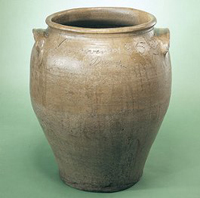 This tour focuses on the African American stories behind some of the most iconic artifacts at the Museum of Early Southern Decorative Arts (MESDA) including furniture, pottery, and paintings. The tour will be offered on Fridays and Saturdays in February. The tour lasts 45 minutes.

This Southern comedy tells the store of whacky Gaynelle Verdeen Bodeen. She recently crashed her car into her husband’s mistress’s doublewide, and may be declared insane. Cousins Peaches and Jimmy try to save the upcoming family reunion where there is a bake-off like no other to see who makes the family’s best red velvet cake. 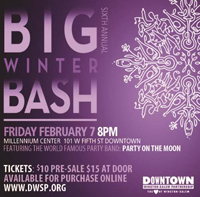 It’s the 6th annual Big Winter Bash with the “world famous” party band Party on the Moon. There’s a cash bar and dress is business casual. Note: No food will be served so be sure to eat before. Why not grab a bite of dinner downtown before the Bash?!

Presented by the Fiddle & Bow Society, one of their most popular acts from 2012 returns. Guitarist and singer Scott Ainsley is one of the finest interpreters of, and an authority on, blues legend Robert Johnson.

Calling all foodies to taste and vote in this competition between six downtown Winston-Salem chefs. This self-guided restaurant tour allows foodies to taste and judge six dishes and/or drinks to determine the winner of Battledish Winston-Salem. Participating restaurants are Spring House, Foothills Brewing, Bib’s, Artisan, Small Batch Beer Co. and more. Dishes may include butter poached lobster tail atop jumbo lump crab. And this might just be paired with a “Millionaire’s Row Margarita” made with 150-year old Grand Marnier foam and garnished with Hawaiian black sea salt.

West End Mambo is a nine piece band that plays salsa, rumbas and other latin tunes you can really dance to. The musicians come from all over the Americas (South, Central and North) and the Caribbean. They have been entertaining crowds since 1999. 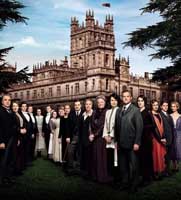 Experience the latest episode of the British hit televisions show Downton Abbey on the big screen for FREE each Sunday at 9PM at a/perture cinema, Winston-Salem’s art house cinema. And, yes, for those who DVR it at home, this is the date and time that the show first airs each episode every week.
Comments: