That’s right! It was 100 years ago that the townships of Winston and Salem married and formed one of the earliest-ever hyphenated names: Winston-Salem. Throughout these 100 years, we have seen our city become a vibrant place to live, work and play. All weekend long, Winston-Salem will celebrate its Centennial!

There are several activities planned for the four-day celebration, which takes place May 9-May 12, 2013. Highlights include several events:

A historic marker will be unveiled followed by a reenactment of the ceremonial handshake between the cities of Winston and Salem 100 years ago. Enjoy live music, historic displays and food. The documentary about the joining of Winston and Salem, “Merger” will screen at a/perture cinema. (Unfortunately, all showings are sold out, but the documentary will be shown after Centennial weekend on City Channel 13.)

Winston-Salem will celebrate residents who are or will be 100 years old in 2013 at an invitation only luncheon. If  you know a Winston-Salem centenarian, please e-mail Nancy Hall at nancappy@msn.com, or call 336-765-2215

Enjoy a multitude of arts and entertainment during the Blue Moon Gallery Hop! View historic artifacts on display from the Winston-Salem Police and Fire Departments. Spend your “Centennial Bucks,” join in a community Centennial toast with Foothill Brewing’s special “Centennial Brew” or Primo’s Centennial Water, and enjoy entertainment with the Vagabond Saints Society at 6th & Cherry Streets.

Enjoy touring through Old Salem (usually $21 per ticket) and a variety of activities at Old Salem commemorating our centennial anniversary.

This parade celebrating Winston-Salem’s 100 years will feature 10 decorated floats signifying each decade of Winston-Salem, creating a timeline. Also including walkers and marching bands. The parade begins on South Main Street, traveling through Old Salem to Fourth Street before heading down Liberty Street to Corpening Plaza for the Party in the Plaza.

Party after the parade at the Party in the Plaza. Enjoy live jazz and R&B music by Rhonda Thomas, Dee Lucas, and headliner Pat “Mother Blues” Cohen. Try Foothills Centennial Brew. Historic displays, local food vendors and merchants will be set up.

Super sleuths will enjoy this race (or casual stroll) through downtown and Old Salem in search of answers about our city’s history. Top finishers will receive prize money. The race is designed for competitive teams to finish in two hours, though more leisurely participants are also welcome. An after party for participants featuring Foothills Centennial Brew will be held at BB&T Ballpark. Registration available. Day-of registration is cash-only and must be at Civic Plaza Park by 3:15PM to register.

The world premiere of “Hail the Coming Day,” the commissioned work by Winston-Salem’s own Dr. Dan Locklair to commemorate the centennial anniversary of the consolidation of the City of Winston and the Town of Salem, will be performed by the Winston-Salem Symphony.

Come and worship in a multi-congregational service at the May Dell outdoor amphitheater at Salem Academy and College, 500 E. Salem Ave.

(In case of inclement weather, activities will be held in Hanes Auditorium on campus.) 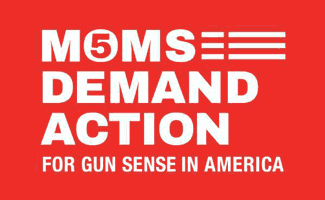 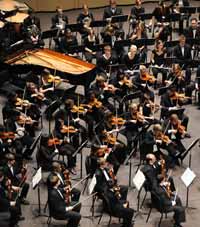