Before it was Old Salem, it was simply Salem, an outpost of religious freedom carved out of the North Carolina wilderness. The buildings and gardens of today’s Old Salem have been lovingly preserved within sight of the office towers and crowded highways of Winston-Salem, the city that grew up around it.

The contrast between old and new is an interesting one. To fully appreciate it, it helps to be familiar with the history of Old Salem.

The founding of Salem is closely tied to an act of religious protest that occurred 60 years before Martin Luther’s Reformation. In 1415, John Hus of Bohemia was burned at the stake for heresy after protesting several Roman Catholic Church practices. After his death Hus’ followers formed the Unity of Brethren.

Persecuted in Moravia and Bohemia, the Unity of Brethren eventually settled in Saxony, which is now Germany. As active missionaries, they established settlements in England, where people called them “Moravians.”

Continued religious persecution caused them to seek religious freedom, this time in the New World. From a base in Bethlehem, Pennsylvania, they expanded their mission field south, working in particular with Native Americans.

In 1753, the Moravians settled on a 100,000-acre tract of land in what is now North Carolina. The tract was called Wachau, after an estate of Count Zinzendorf, the group’s patron in Saxony. The name was later anglicized to Wachovia. The first settlements in Wachovia were Bethabara and Bethania.

All along, Salem was to be the heart and the administrative center of Wachovia. On a cold day in January 1766, a group of eight men began clearing trees for the new settlement.

According to the Moravian archives, Salem was carefully designed with a broad main street, narrower side streets and a central square. Interestingly, the square today was not where it was originally situated in 1766. After 150 fruit trees were planted on the site, it was decided to move the square to the south toward a better source of water for the community.

Church buildings surrounding the early square included the Gemeinhaus, Single Brothers House and a community store. The Gemeinhaus served as a meeting center for the town and the congregation. The Sisters House, Boys School, girls boarding school and church building were later built around the square. To learn more, go to www.moravianarchives.org.

The Role Of The Church

Residents of Salem could not own land. Instead, they built the homes they owned on lots leased from the church. Money paid to the church was used to pay for community expenses. The church governed all other aspects of life in Salem. It set price controls on goods, regulated pay rates and allowed only church members to open shops. According to church practice, people worshipped together according to similar life experiences. In Old Salem, unmarried men lived together in the Single Brothers House. Unmarried women lived together in the Single Sisters House.

In some cases, brothers who were master craftsmen rented space in the Single Brothers House or in nearby workshops. As a group, the brothers also operated a bakery, brewery, distillery, tannery and slaughterhouse.

In 1772, the sisters started a day school. By 1805 it had become a boarding school that attracted young women from throughout the South.

From the beginning, Salem was known as a trades town. Its craftsmen were known for producing essential goods such as tools, ceramics, food, furniture and metals.

As the settlement prospered, buildings were added to meet the needs of its citizens, including a bakery, tavern, fire house, doctor’s office, shoemaker’s shop, printing shop, bank and homes for merchants. Home Moravian Church was built in 1800 to replace the Gemeinhaus.

The earliest citizens of Salem had a somewhat complicated history with their African-American brothers. All African-Americans living in Salem were slaves to the Moravian church, not to individuals. However, they apprenticed in trades with white craftsmen, lived together in Salem and enjoyed a degree of freedom unusual in the South.

Salem’s African-American residents received no formal schooling. But the 1820s, the Moravians started a church services for slaves as a mission project. Slaves were encouraged to develop their reading and writing skills at Sunday school class at a segregated church, now known as St. Phillips.

But by the early 1800s, some residents of Salem were openly defying the church by owning slaves. Church leaders threatened to revoke the leases of those who did. This and other acts directly in violation of church rules led to the eventual weakening of the church’s influence in Salem.

By the late 1820s, changing economic times brought difficulties to Salem. To keep up with industrial advances, the church allowed textile mills to open. This allowed the community to increase production while lowering the costs for goods that had previously been made one at a time.

The church abolished the monopoly system on the sale of goods in 1849, and repealed the lease system that prevented people from owning land in 1856.

In 1849, the church sold a tract of land adjacent to Salem for a new colony. The new colony grew rapidly, and in 1850 was named Winston in honor of Major Joseph Winston, a local Revolutionary War hero. Winston eventually grew to be three times the size of Salem. The two towns merged in May 1913 after a vote of the towns’ eligible residents.

As the combined city grew, Salem began to suffer from neglect. When a grocer announced plans in 1947 to build a supermarket in the middle of Salem, a group quickly convened to try to save and restore Salem’s surviving buildings. Old Salem Inc. was founded in 1950 as a non-profit corporation with a goal of spending about $2.5 million to save about 10 historically significant buildings.

The effort to restore and rehabilitate Old Salem was helped greatly helped by the meticulous records kept by the Moravian Church. These records included details about buildings and landscapes as well as accounts of settlers’ lives.

Old Salem Museums and Gardens, what most people call “Old Salem,” offers a historically accurate re-creation of Salem from 1766 to 1840. Approximately 20 buildings and gardens are open for visitors with a paid admission. At many of the buildings, costumed guides demonstrate trades such as metalworking, shoemaking and pottery making. It’s common to hear the “clomp clomp” of horseshoes on the town’s brick streets as horse-drawn carriages pass by.

Several shops are open to the public without the purchase of an admission ticket. They include Winkler Bakery, which offers traditional treats made on site, such as sugar cake and wafer-thin Moravian Cookies. The T. Bagge Community Store sells souvenirs, some made by Old Salem craftsmen. Lunch and dinner are served at Salem Tavern.

For more information about Old Salem, including hours of operations and admission fees, go to www.oldsalem.org. 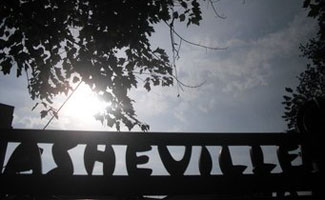 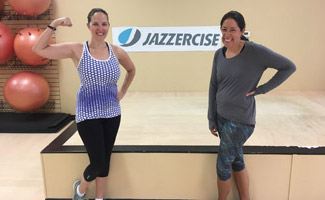